Home » About KIS » Executive Board & Board of Trustees

Our Executive Board members serve as guiding leaders, who are responsible for ensuring that the school has the strategic vision and financial means to reach its aim to inspire active learners and develop global citizens.

Roles of the Executive Board:

The main function of the Board of Trustees is to provide advice, perspective, and assistance to the Executive Board when solicited.  Trustees are viewed as ambassadors of KIS and their involvement may be widely known to people outside the community.  Trustees offer their experience and expertise to strengthen the decision-making process. Unlike the Executive Board, the Trustees do not have the authority to vote on affairs, nor legal fiduciary responsibility for the school.

Board Chair - Executive Board

Martin Roth is a KIS community member and parent since 2019, when he moved to Kyoto with his family to assume an associate professorship in Ritsumeikan University’s Graduate School of Core Ethics and Frontier Sciences. His research focuses on videogames, digital space and Japan. Martin served as co-chair of the PTA from 2019 to 2020. He joined the Board of Executives in 2021.

Hillary Pedersen is a native of Seattle, U.S.A. and has been a KIS community member since 2016. Since coming to Kyoto in 2006 to research and teach Japanese religious and visual culture, she has been involved in various committees promoting internationalization of the city. 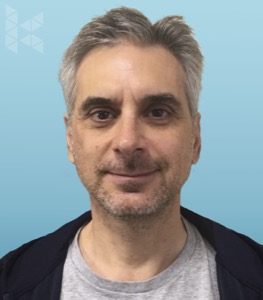 John Doyle comes to the KIS Board after a career in international development working for NGOs, multilateral organizations, and the US Government. He has a master’s degree in International Affairs and has spent most of his time working in South East and East Asia. He has lived in Kyoto for seven years. His interests include economics, politics, and culture. 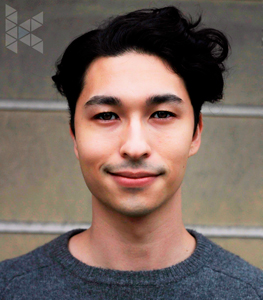 Luke Fujii has been a KIS community member since 1997, when he first enrolled as a student in pre-kindergarten. He studied at KIS until grade 8 before moving to England to continue his higher education. After graduating from university, he returned to Kyoto and started work in international tourism, eventually specializing in travel program coordination for remote workers. His current project involves ecotourism and rural revitalization in the Keihoku region of Kyoto. Luke became a KIS trustee in 2019 and joined the Board of Executives in 2021.

Makoto Yamamura has been a member of the Executive Board since 2019. Born and raised in Kyoto, He completed his Bachelor degree in Adelaide, Australia, J.D. degree in Kyoto and second degree in law in New York, USA. Admitted to practice law in Japan and the State of New York. He currently works as a lawyer for a law firm in Kyoto mainly dealing with business legal matters. With his international background, he also strives to provide legal services to non-Japanese speaking individuals in Japan to protect their rights. He hopes that KIS is growing to be a hub for international education and cultural interaction in the heart of this historic city.

The key calendar dates can be viewed here.